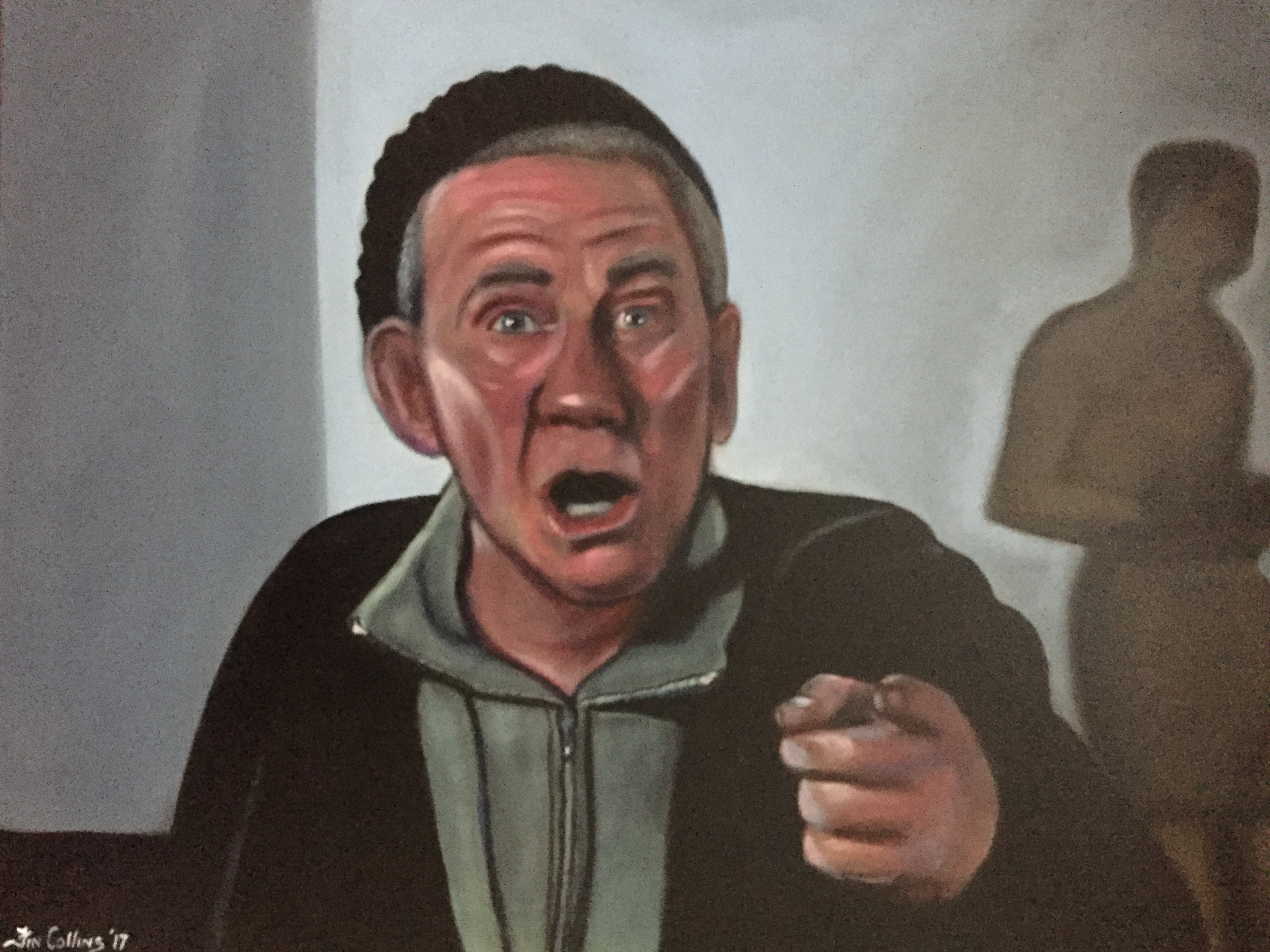 "Oliver Burgess Meredith" was an "American actor", "director", "producer", and "writer", in "theater", "film", and "television",. Active for more than "six decades", Meredith has been called "a virtuosic actor", and "one of the "most accomplished actors of the century",.part of The Film Icons Gallery , acrylic on canvas by "Fin Collins", "Fionnuala Collins", www.filmiconsgallery.com