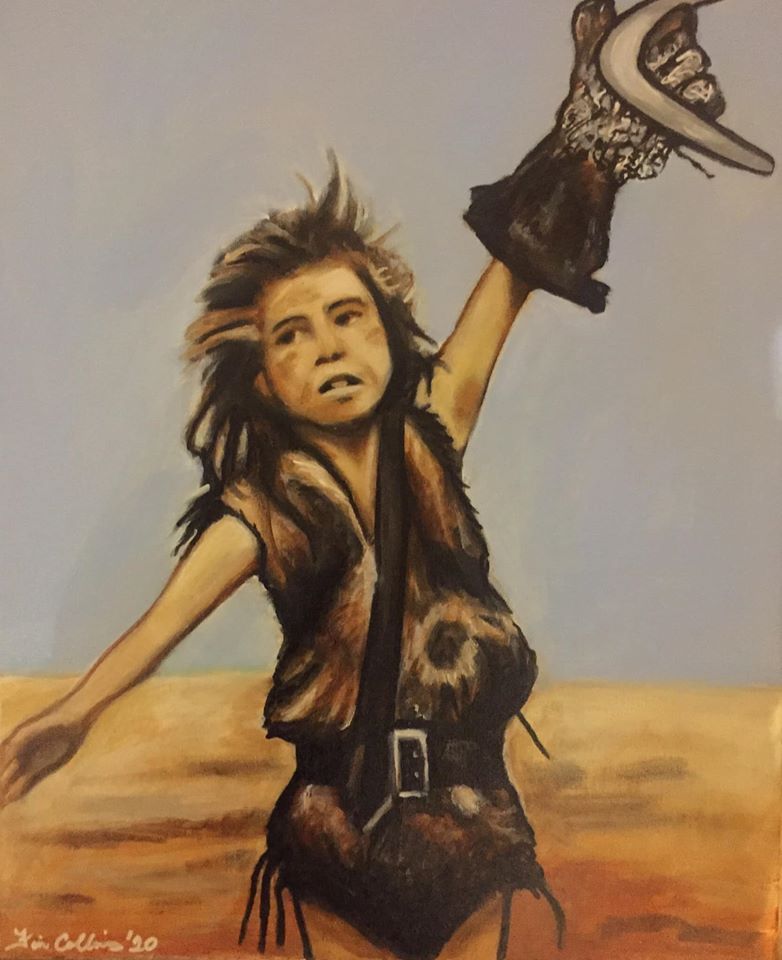 “Emil Minty”, is an “Australian Icon”, “Australian Icons”, “Icon”, “Icons”, and former child actor. He played “The Feral Kid”, and was brilliant in the 1981 film “Mad Max 2”, “The Road Warrior”, As an actor, he had no lines in the film, but is Iconic . “Emil Minty”, had minor parts in “Fluteman”, and in “The Winds of Jarrah”,. In 1990 he appeared in a few episodes of “A Country Practice”, over 10 years work. http://www.filmiconsgallery.com , acrylic on canvas, by "Fin Collins", "Fionnuala Collins",